↓
Home→BLOGGING→7 Political Blogs to Watch Out For 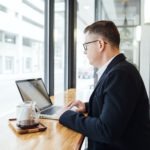 Politics is always a hot topic, especially in times of crisis and change. One way to cleanse your palate from the mainstream media sources is to read political blogs. Mind you, they are to be read as you would read an opinion piece – take everything you see with a grain of salt and see what others say on the same topic. Whether you are conservative, liberal, or just like to read about politics, here are 7 political blogs you may want to check out.

While not technically a blog, Reddit is a discussion platform with many different communities. It allows people to seek likeminded individuals and to engage in conversation with others. Subreddits like r/Politics, r/PoliticalDiscussion, r/PoliticalCompass, r/Liberal, r/Conservative, and others are a great way to explore the political narrative of all parties involved and to come up with your own idea of the current events.

Reason is a libertarian magazine that uses sound arguments in their pieces and criticizes both the Democrats and the Republicans. They raise several interesting points about soft-ball questions, the accountability of officials, and narratives that have a few inconsistencies.

Talking Points Memo is a liberal blog that somehow catches certain news segments even before the mainstream media. They approach each issue in a calm manner, focusing on facts and statements. Their latest posts, at the time of writing, deal with firings of inspectors general, the controversy surrounding people not wearing masks in mask-making facilities, and the bizarre epilogue of the US episode with Michael Flynn.

The HuffPost was launched in 2005 and has somewhat revolutionized blogging as a news source, fighting the previous notion that bloggers and mainstream media can have no common ground. The site is not focused exclusively on politics, but it does keep up to date with the latest events and is not afraid to criticize. It is liberal-leaning.

Mother Jones, or MoJo, is a magazine with posts and articles concerning culture, human rights, and, you’ve guessed it, politics. It was named after an Irish-American trade union activist. The website published new content more or less every day.

Boing Boing is a fun site and it features its own blog. However, while some of its bloggers focus on politics, there is little in terms of finding political posts without expressly searching for them. That being said, they do have a few interesting opinion pieces.