↓
Home→NEWS→Farms under the Cities – a Sustainable Idea? 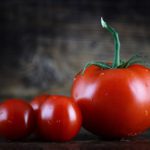 The pandemic has unveiled several flaws in the system, one of which is the fact that, despite the more than enough food, there are entire communities going hungry. This is due to the fact that food production is doing fine, but food transportation is not. There are a few proposed solutions to the problem and we are going to discuss one today: how sustainable is it to have farms underneath the cities?

When you think about traditional farming, you usually come up with a picture of a content farmer with a large field, a few tractors, and moderately-sized livestock. Population expansion has shifted the food production on farms to a more industrial level, causing farms to expand and turn to large companies. These companies expand their properties and bring in large and heavy-duty machines to give the produce and the livestock efficient treatment. After that, the issue is transporting the goods to cities, which also expand, making for some pretty interesting logistical problems.

A company in London called Growing Underground has set up a farm in a former air-raid shelter. This farm is by no means what you would normally expect it to be. Deep underground, it is accessible only by an elevator and is a project in cultivating various fruits and veggies, including broccoli, coriander, mustard, and radish. What are the advantages of vertical farming deep under the capital city of the UK?

For starters, this farm does not depend on the whims of the weather. Storms, scorching heat, freezing temperatures, hail, and other weather conditions have no bearing on the life underground. Secondly, there are no pests. As this farm is using the facilities intended to help people survive the Blitz, they are shut in pretty securely and the food is grown in a laboratory-like setting.

This project is still in its infancy, but it does show promise. With no outside interference, crops are, in theory, able to produce much greater yield than their traditional counterparts. Many cities in many countries already have underground facilities that could house similar projects.

Another company with a similar idea, Squared Roots, is already operating in the city of New York, using space that was abandoned. The company is convinced that it can grow certain plants at a fraction of the cost farmers normally face, resulting in not only a greater yield but greater profit as well. Adding to the fact that the retailers the Square Roots sells its products to are within a five-mile radius of the farm, transport is not an issue. The food is transported via battery-powered tricycles with cold storage to keep the produce fresh. Instead of waiting for days for the produce to arrive, these retailers can have fruits and veggies restocked in a matter of hours.

While we can circumvent the problems involving pests and the weather, there are still a few kinks in the plan. To have a farm underground, one would need to make sure that the facilities would not break any zoning laws and regulations. This is not just a bureaucratic issue, but a logical one as well. If your newly-build underground farm threatens the integrity of the surface, the cities might collapse in certain areas.

That being said, using bomb shelters, like the one in London, and car parks, like those in Paris, there should be no issues, as those structures are already built and they do not compromise the integrity of the infrastructure.